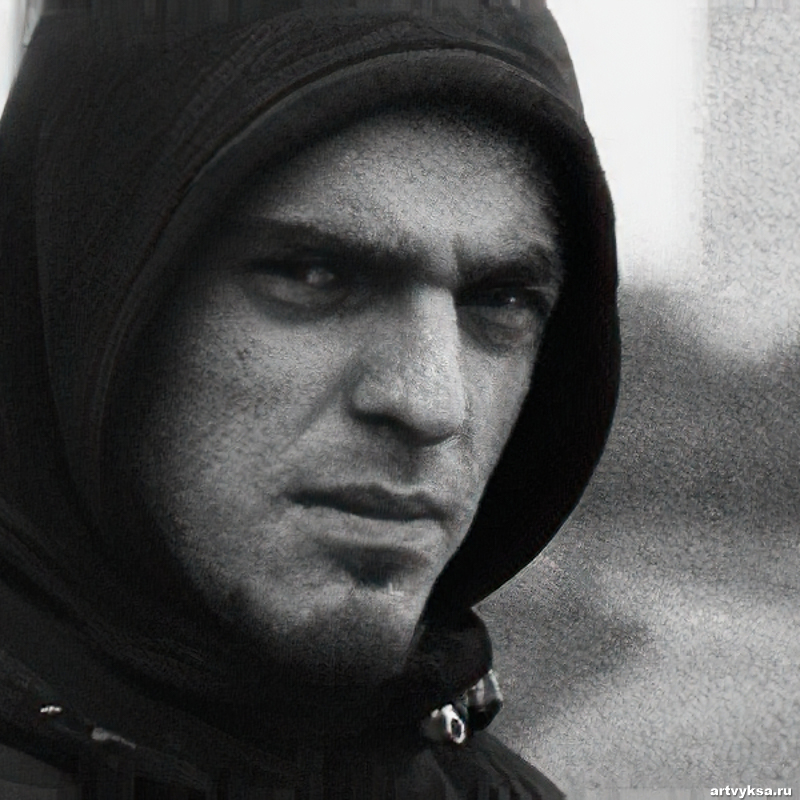 Pavel Puhov (1983 -2013) was a Russian graffiti artist who also did street installations and paintings.

The original work was made during the second “Art Ovrag” festival. Later, it was obscured by facade insulation. A copy of the piece was painted in 2020 on the same building.

“I admire the aesthetics of the Soviet era. There was an old Soviet film about schoolchildren who wasted their time, and evil wizards stole it.

Time is crucial for me. In my work, I use clocks. Now I’ve drawn a cuckoo clock. The boy is pulling counterweights towards him trying to stop time but a video camera crawls out of the clock instead of a cuckoo,“

— Pavel said about his work. 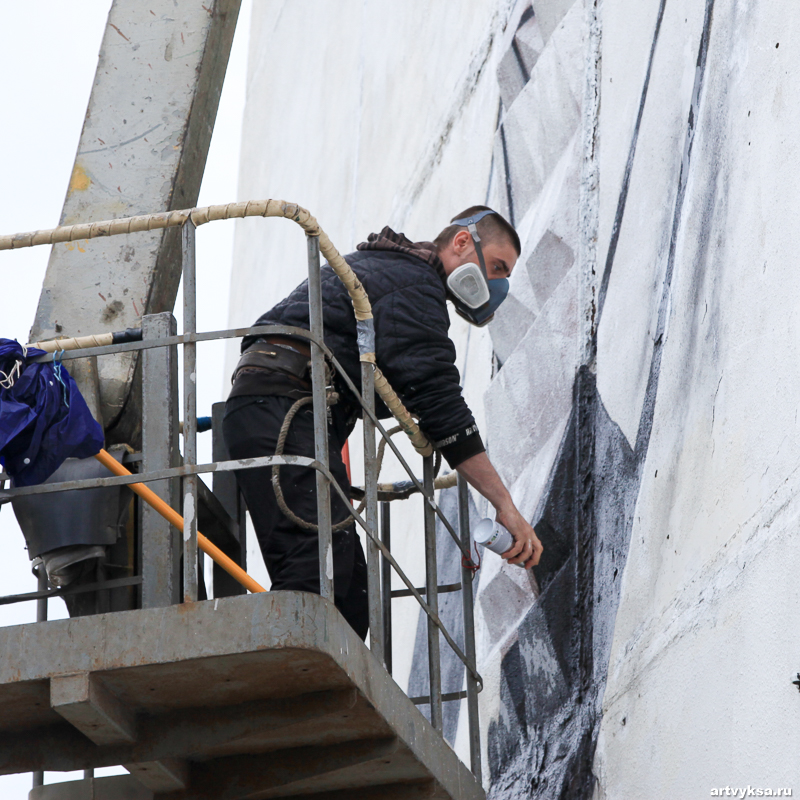 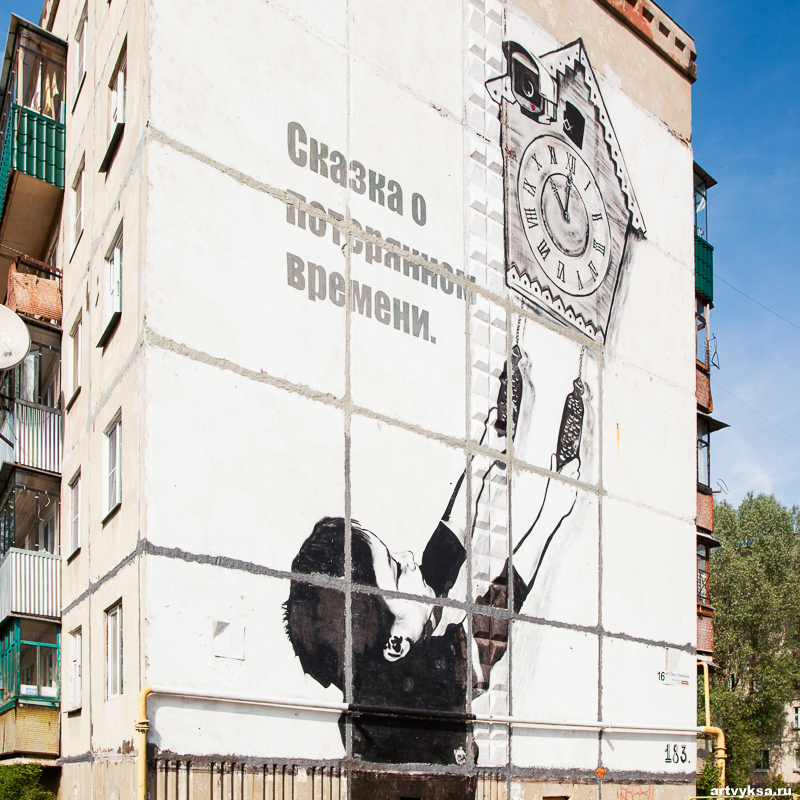 Pavel was born in Moscow. He has a degree in design. He is famous for his grandiose pieces that grace the urban environment. According to Alexis Lerner of The Calvert Journal: “For Pasha, street art was a vital tool to force citizens to regain their self-expression.”

In January 2012, the British The Guardian published some of his works calling him Banksy from Moscow.

After Pasha's death, Banksy posted a piece dedicated to his memory on his website. This was an image of a balloon with a flickering flame coming out of it and spelling "P183 R.I.P.”. 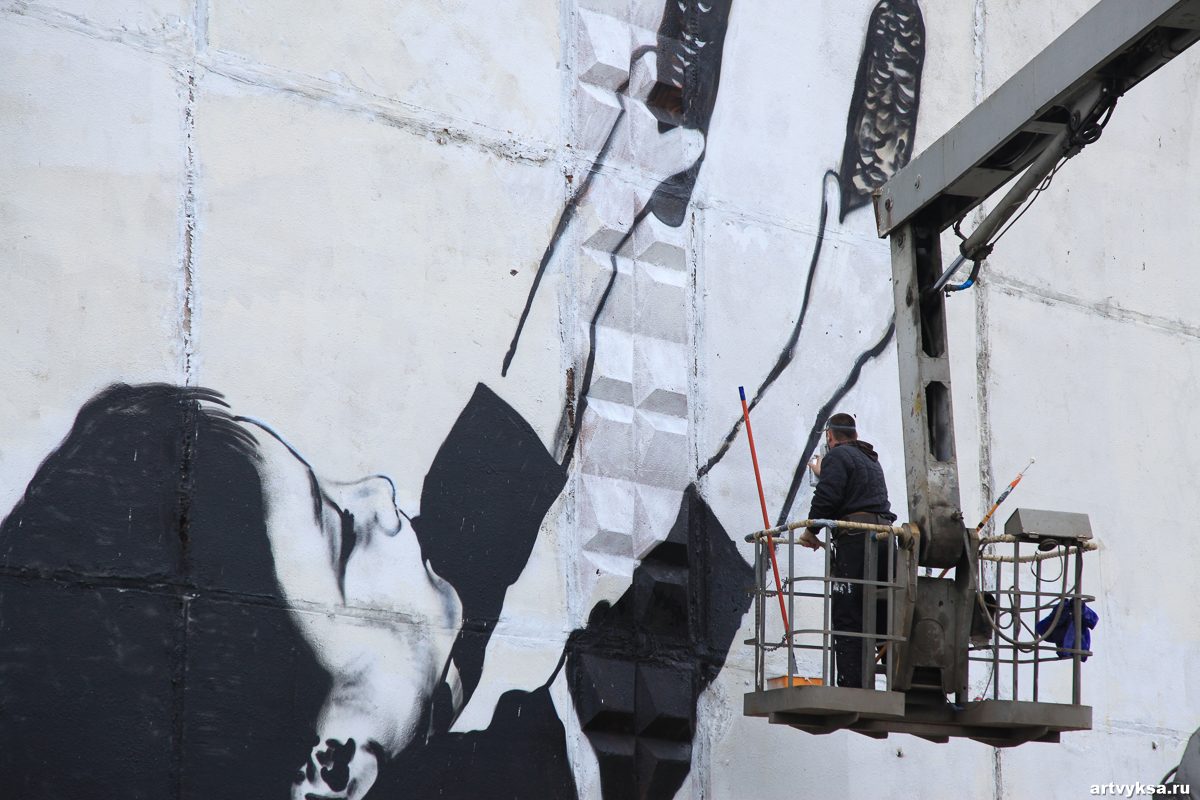